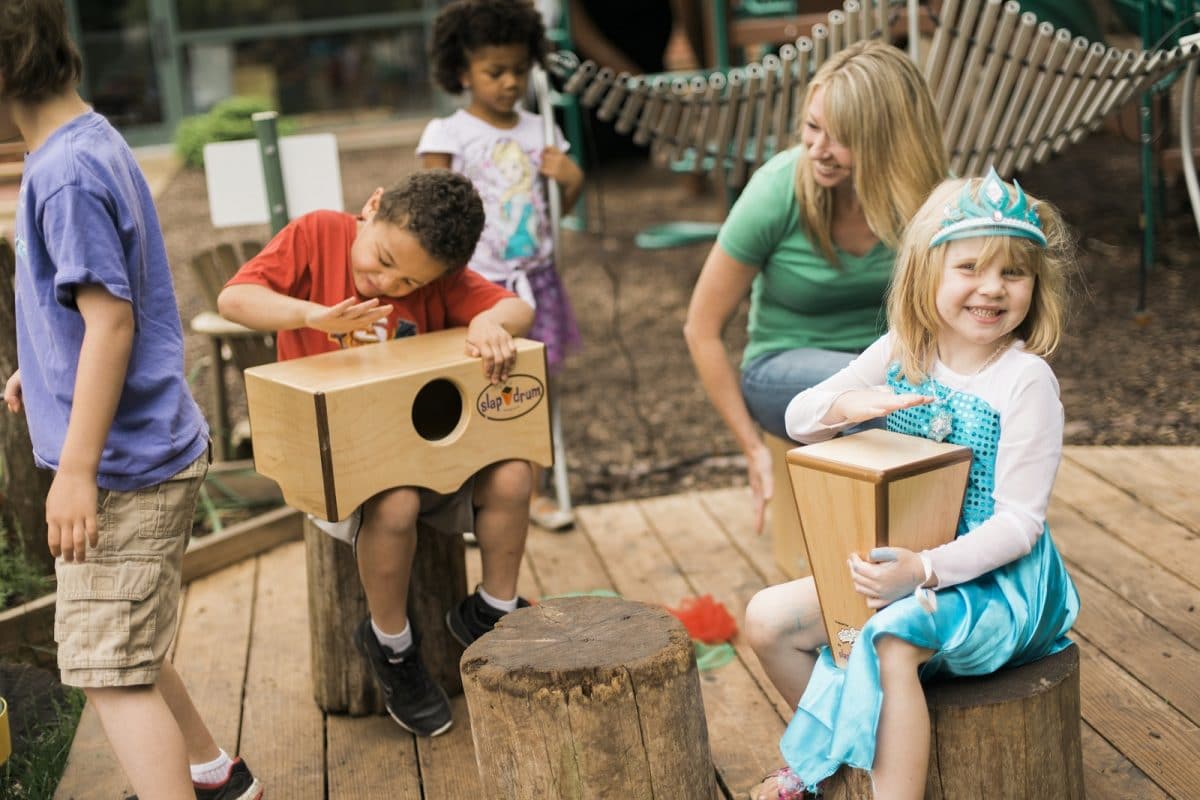 He could have had a stellar career as a materials and mechanical engineer. In fact, he has. But in addition to experimenting with automobile sound systems and developing aircraft parts, Chris Nissen did something else—something that has changed the lives of children across the country.

He made a drum.

While working on a project for Hyundai, Chris had access to high-end sound equipment. It inspired him to revisit an old drum-making project, now armed with the tools he needed to tune a drum properly. He took the finished prototype to his musician friend Erik and asked him to check it out.

“I remember it to this day,” Chris explained. “He hit it, and his eyes lit up and he looked at me and said, ‘Wow, that was cool. This is awesome.’”

It was 2003 and with that initial vote of confidence, SlapDrum® was off and running. That year Chris sold a couple drums, and then in 2004 he sold more than a dozen. By 2005, he had created and sold more than 100 drums and was catching the attention of professional musicians.

“I remember being out to lunch with a friend around that time, and I was crazy busy, working on engineering more than full time and also making drums, and I told my friend, ‘Oh my gosh, I sold more drums today.’ And he said, ‘Why does that sound like bad news?’”

That question was a reality check for Chris, and one that “changed the momentum” of his professional life. He realized that the drum business was fun—something to celebrate, not dread.

Perhaps somewhat coincidentally, it was around that time that SlapDrum® caught the eye of Nature Explore’s Jason Kelly, who reached out to Chris to propose a partnership. Jason thought Chris’ creations were perfect for children in Nature Explore Classrooms and Chris was immediately intrigued.

“I remember thinking, ‘I can’t wait to get drums in kids’ hands,’” he said. He loved sending orders to preschools and was particularly moved by the experience of working with a Nature Explore Classroom housed at a shelter for women and children fleeing domestic violence.

Over time, Chris’ repertoire for Nature Explore has expanded to include the Discovery and Creativity Tables and the beloved Art Panel. He frequently receives photos of his products “in action,” and is reminded time and again how grateful he is that he and Jason initially connected.

As for his favorite thing to make? It’s still the drum.

The SlapDrum® begins with sheets of plywood and walnut trim. No nails and screws are used to connect the drums’ parts; this lends a unique integrity and robust sound to the finished products. In the final stage of production, Chris personally adjusts the sound of the snare. By doing so, he always knows that when a customer opens the drum and plays it for the first time, they’re hearing its optimal sound. That “first play” is one of Chris’ favorite things.

The popularity of SlapDrum® has continued to grow, and today the company produces 600-700 units a year with a team of five and “a large friend network that makes it all come together.”

Although he sells to a broad range of customers, Chris is quick to note that he loves knowing that children in Nature Explore Classrooms enjoy the hands-on experience of playing slap drums and other musical instruments. 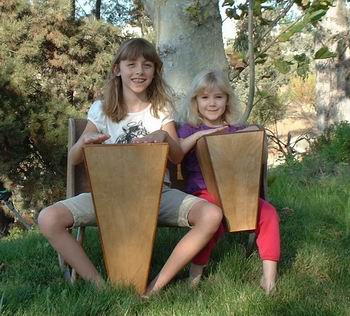 “It used to just be my kids that I’d think about, they were my focus,” he explained. “And then as my kids grew up, I still had an interest in kids and how they learn and play, and there is something about them that’s just so cool. It’s awesome to show them something that they’ve never seen before, like a drum. Watching kids play with something I created is beyond entertaining and rewarding.”