Well-Deserved Recognition for Our Friends at the Forest Service 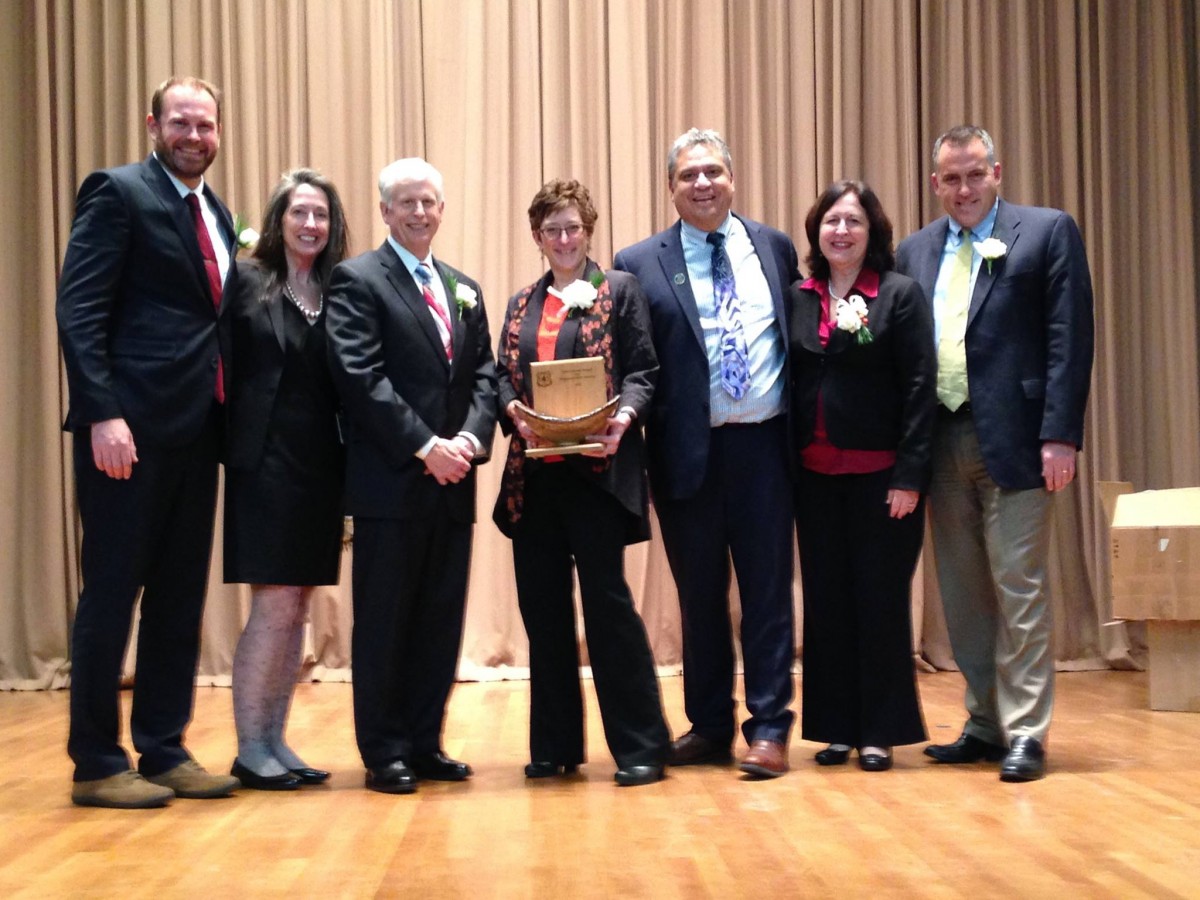 A prestigious award within a profession involves people who know the field recognizing the best of the best. Most heartwarming of such awards are those given for public service. And the awards that touch us most deeply are those in which the recipients, who have worked hard for a cause, are nominated anonymously by someone not directly involved in the effort, someone who has been moved by the good works of the people around them.

The U.S. Forest Service (USFS), with over 35,000 employees, is an agency of the Department of Agriculture. Managing our national forests and grasslands, forestry research, and firefighting, are only a few of its many services, most of which are invisible to the general public. With a total fiscal year 2015 budget authority for over $5.3 billion, the USFS’s mission is, “To sustain the health, diversity, and productivity of the Nation’s forests and grasslands to meet the needs of present and future generations.” To be singled out for an award in such a large organization is an honor. When it is a “Chief’s Award,” presented by Tom Tidwell, Chief of the Forest Service, this is a very high honor.

Two Nature Explore Classrooms serve at-risk urban communities in Denver, Colorado: Warren Village, and the Hope Center. Both were made possible by the generous support of USFS Region 2, the Rocky Mountain Region.  These two outdoor classrooms are among the many projects and services either staffed or supported by Region 2.

Anyone who has been around the Forest Service employees associated with the Nature Explore Classroom projects has witnessed the enthusiasm they hold for the mission of engaging children with nature. For the Warren Village ribbon cutting ceremony, Mary Wagner, Associate Chief of the Forest Service, traveled from Washington, DC. She delivered an impassioned speech on the importance of nature for preschoolers.  Following the ceremony she walked directly to activity areas and engaged with the children.

At the Warren Village ceremony was Ms. Gerie Grimes, President/CEO of Denver’s Hope Center, which provides a myriad of educational and other services to children and families. She loved what she saw, and immediately knew that a Nature Explore Classroom would be valuable for the children she has served for almost 35 years at the Hope Center. The Forest Service team soon ensured that her wish came true.

Susan Alden Weingardt, Regional Partnerships Liaison; and Rick Cooksey, Director, State and Private Forestry and Tribal Relations; attended the Hope Center’s Nature Explore Classroom opening. Their enthusiasm for the project and their enjoyment of the children present was palpable. After the ceremony we saw Susan deeply engaged in animated play with children on the classroom’s hill. She later told us how moved she had been by the experience.

Being with children in Nature Explore Classrooms itself is profoundly rewarding to many of you reading this. We also know that the experiences of joy, transformation and connection we feel in this “work” are both deeply personal, and not often understood by the other busy adults around us. So when a team at a governmental agency as large and diverse as the US Forest Service becomes involved with outdoor classroom projects, it’s not a given that the busy people around them will catch the enthusiasm felt by the prime movers. Yet anyone who saw Susan and Rick at the Hope Center’s Nature Explore Classroom opening would know that their enthusiasm couldn’t be contained, and would spill over to others “back at the office.” It did. And someone there was inspired to nominate this project for the highest of national awards of its kind.

Last December, the team from Region 2, along with many collaborators in these Nature Explore Classroom projects, travelled to Washington, DC to receive the “Engaging Urban America” award. Presented by Tom Tidwell, Chief of the Forest Service, the award recognizes Forest Service individuals, work units, partnerships, or groups that have demonstrated major achievements in promoting conservation education, community “greening” efforts, management of urban forests and youth opportunities to volunteer in urban forestry activities in their neighborhoods. During the ceremony, Chief Tidwell stated that this was a coveted award, and highly competitive.

Following is a list of the many people and organizations that made possible the Nature Explore Classrooms in Denver, at Warren Village and the Hope Center.