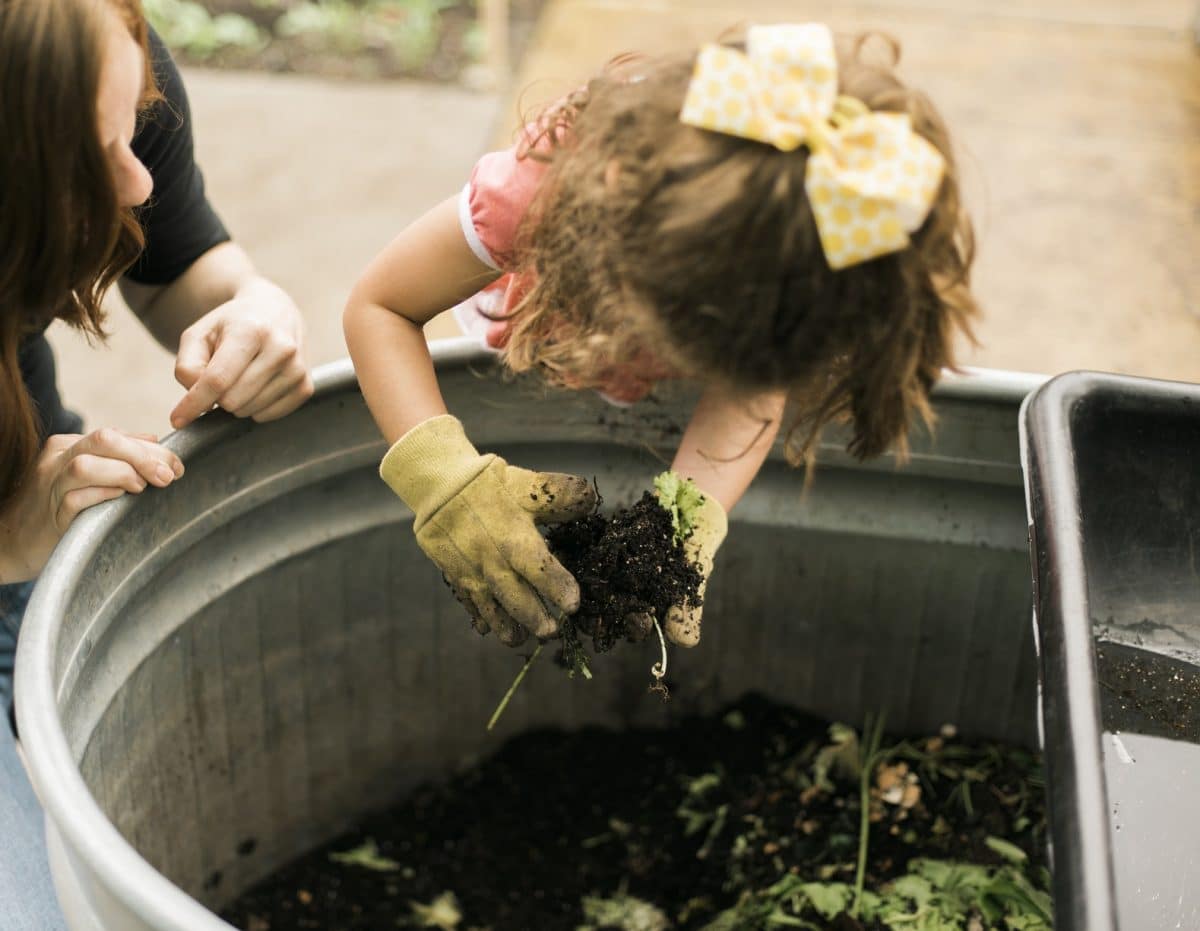 Sometimes people just don’t “get” Nature Explore Classrooms at first sight. That’s to be expected. Our society generally sees climbing structures, swings, monkey bars, etc., surrounded by a safety surface, as the standard outdoor environment designed for children: the “playground.” We in the Nature Explore family understand that traditional playgrounds actually separate and “protect” children from most elements of the outdoors. Worse, they ignore the deeper nature of children.

Yet “swings et cetera” is the current defining image of playgrounds. And these structures, scaled-down, define the preschool playground. So when Angela’s urban preschool program unexpectedly closed, her father, Mateo, wanted to find her a good school with a good playground. Slides and a jungle gym were required. Mexico, where he had lived for years, was the same as the US in this regard. Playgrounds had standard play equipment. Period.

Mateo knew that his choice in schools for Angela, now five, was crucial. She had learning and social delays lingering from a previous living environment. When Mateo had gained full custody of Angela a few years ago, the paperwork involved noted “environmental deprivation.”

A preschool program near Mateo came highly recommended, and had openings. When he went for a visit, something struck him as wrong. “It didn’t really look like a pre-K from the outside,” says Mateo, “‘I didn’t see any playground.”

Mateo took a tour of the school. He was impressed by what he heard and saw. After the school tour was a visit outside. All he saw were plants, natural materials, and the activity areas of the school’s certified Nature Explore Classroom. “I didn’t see any playground,” he told me. “Where’s the slide? Where’s the jungle gym?” he asked the Principal. He looked for, “The little jungle gym with the steps… that’s what I was used to when I was raising my other two kids.” When the Principal told him about the outdoor classroom he thought it was something “like the Cub Scouts.”

Mateo was initially disappointed with the outdoor space, and didn’t understand why the inside lacked bright colors typical of preschools. But one aspect of the tour impressed him immensely. He found a very unusual level of enthusiasm for outdoor learning, and a strong sense of professional dedication in everyone he met during the tour—from Office Manager, to Teacher, to Principal.

That night, he told his wife that the school tour had been “like going back in time.”

They thought of the school as something different that they were willing to try, largely due to Mateo’s thoughts about the staff. They decided to give it some time, yet even when Angela started her new school, Mateo and his wife wondered if they had made the right decision

The first change Mateo quickly saw was that Angela came home with more dirt on her clothes. And she started talking about balancing on the stumps, and exploring flowers and plants, playing in her garden, making things with dirt. Her problems with leg strength soon declined and her imagination soared.

Mateo and his wife marveled at the changes. He said that within six months, “Her growth intellectually just skyrocketed. She was a different child… All of a sudden I had a panel of experts saying, ‘Good job. This child is a world of a difference.’ They said, ‘What you’re doing with this child is amazing.’”

Now Mateo “gets” it. As does his wife, who works in another school. They both believe that Nature Explore Classrooms should be at all schools, available for all children.

Like many of you who’ve had long experience with traditional playgrounds Mateo now knows that a nature-filled environment, staffed with deeply committed educators, has transformative powers for both child and adult. He gets it.