Lions and Tigers and Squirrels, Oh My! 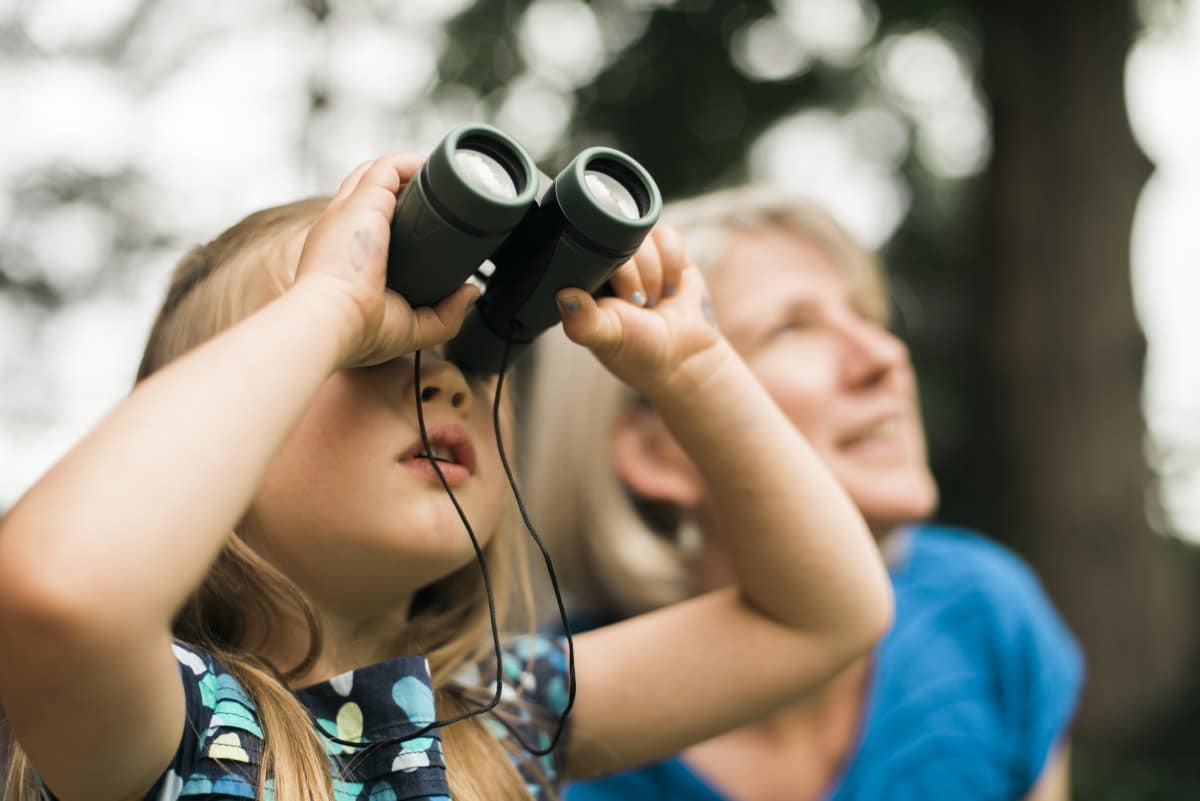 It’s been said that young children often know more about African wildlife than they do about the animals in their own neighborhood. Let’s assume that there is some truth to this statement. Lions and tigers are undeniably fascinating. The child who lives near a large zoo can see lions, tigers (and bears) in real life. Otherwise, they only exist for the child on a screen or in a book; in photos, videos or artwork.

The squirrel a child might see everyday is small and not as dramatic as the “king of the jungle.” Yet does this mean that the lowly squirrel can’t hold the same excitement for a young child as does the far away lion? And maybe even more?

I was recently told a story about a preschool located in a part of the country that’s renowned for its dramatic landscapes and wild areas. The children were studying rainforests, although they didn’t live in one. On the walls was artwork documenting their learning. A visiting consultant, at seeing the artwork, asked why the children were studying the rainforest when they lived in a rich environment they could study directly?

After considering her feedback and over time, the preschool became filled with artwork that reflected the children’s deep learning of the rich environment in which they lived and experienced every day, both at school and home. And because they now discovered, explored, played with, and documented natural materials directly, their experiential learning deepened, and became more relevant to their everyday lives. A meek little hamster, and the many projects it inspired, became more exciting and vital to the children’s intellectual development than the mightiest lion they could have found online.

A three year old will likely be more fascinated by a squirrel she can see directly, than by a zebra seen only in a book or video. By learning what squirrels eat and where they live, she can discover more about the plants and trees she sees everyday. By watching how they move their tails to signal other squirrels, a child can learn about communication and try to replicate squirrel behaviors she has seen. She can keep a daily squirrel count. She can engage in projects with those of her friends who are also interested in squirrels.

In an ideal educational environment the child’s learning would only be limited by her imagination. And in an environment that inspires imagination, that learning could lead her down many paths of inquiry. Nature Explore Classrooms beckon children into deep explorations of the fascinating environment that’s often taken for granted; the nature that surrounds them every day.

All this is not to say that children shouldn’t study African animals.  But consider what happens for children when a school has a Nature Explore Classroom. Immediate, three-dimensional wonders of nature can be discovered and explored daily. For a young child’s learning, a squirrel truly can be mightier than a lion. And a Nature Explore Classroom is all she needs for her first safari.