A Great Idea Made Even Better 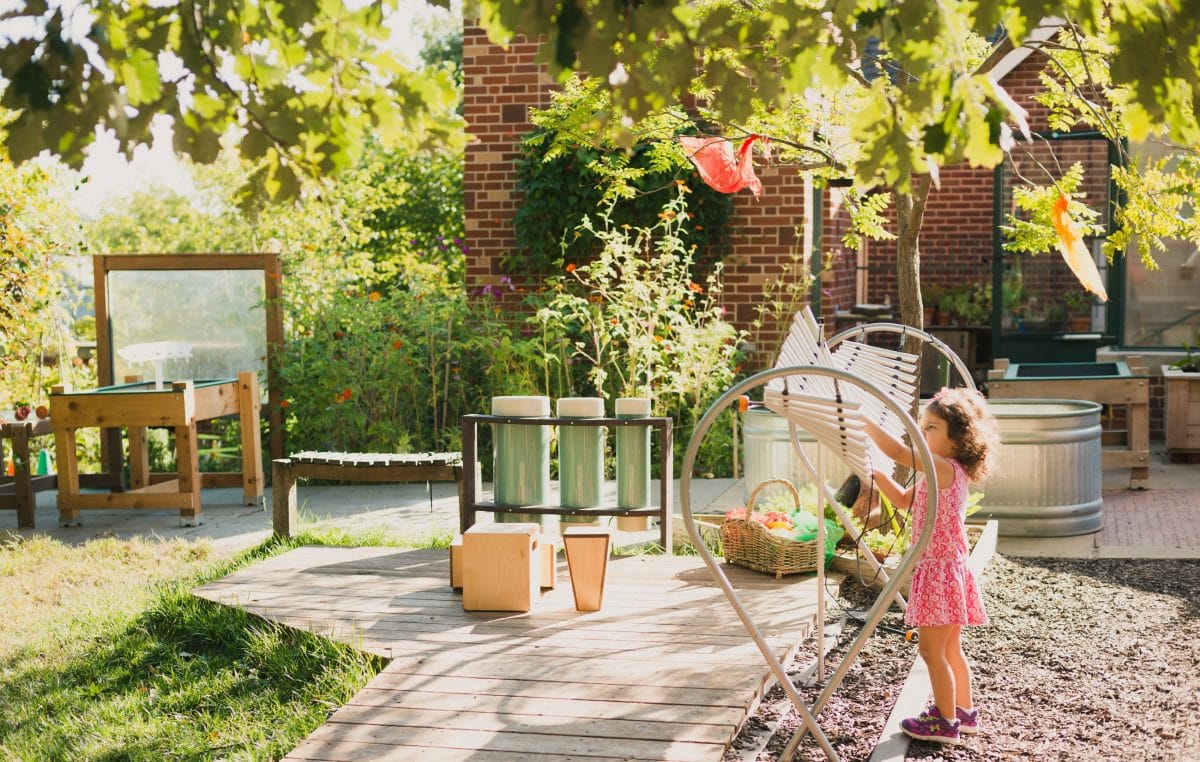 As reported on NBC’s Today Show last year, fidgeting is down and concentration is up among the youngest students at the Eagle Mountain Elementary School in Fort Worth, Texas. Why? Students in the school’s kindergarten and first grade now get four fifteen-minute recess periods per day. (Before this program change, they had one twenty-minute recess daily.) Children now run around and play in the playground in just about all kinds of weather. Back in the classroom, teachers note reduced fidgeting, noticeably improved levels of concentration, and increased ability to work independently. This program was implemented despite the initial reservation of some teachers and parents. Less time in the classroom means less time spent directly on curriculum. But the program’s results have been so evident to teachers and parents alike that other schools in the area are now copying it.

The two identified keys to this expanded recess program are 1) the time must be spent outdoors, and 2) play is unstructured, chosen by the students. Increased outdoor time. Unstructured play. For our society, which places a premium on indoor curricular learning in our elementary schools, this program in Texas is fantastic.

Yet I believe it could achieve greater depth, and likely have even better results, were it to incorporate nature rather than simply taking place outdoors. Teachers in outdoor classrooms report benefits for whole-child learning that they have seen following the switch from their traditional playground. Clearly, the children in Texas have benefited greatly from receiving multiple brief outdoor experiences during their school day. Yet what further benefits could the children experience were their recess time to be in an outdoor classroom? And what might we, in the Nature Explore family, learn from the Texas schools?

A major factor in the Texas experience is multiple brief recess periods. We don’t know if the previous single twenty-minute recess also involved unstructured play. But we can fairly assume that the recess frequency is a factor. In an ideal school day for our youngest students, could more than one period in the outdoor classroom add extra benefits to whole-child learning?

This proposition is not as straightforward as it might seem. For many reasons, four fifteen-minute periods in the outdoor classroom is not the same as the four recess periods in a traditional playground. The outdoor classroom is far more complex in structure and experience than is a playground. A simple game of ball, or riding a tricycle, might be fairly easy to leave behind in fifteen minutes. Variations on the same few activities are the standard fare of traditional playgrounds. Returning indoors after fifteen minutes could be minimally disruptive to play that can simply be repeated later. 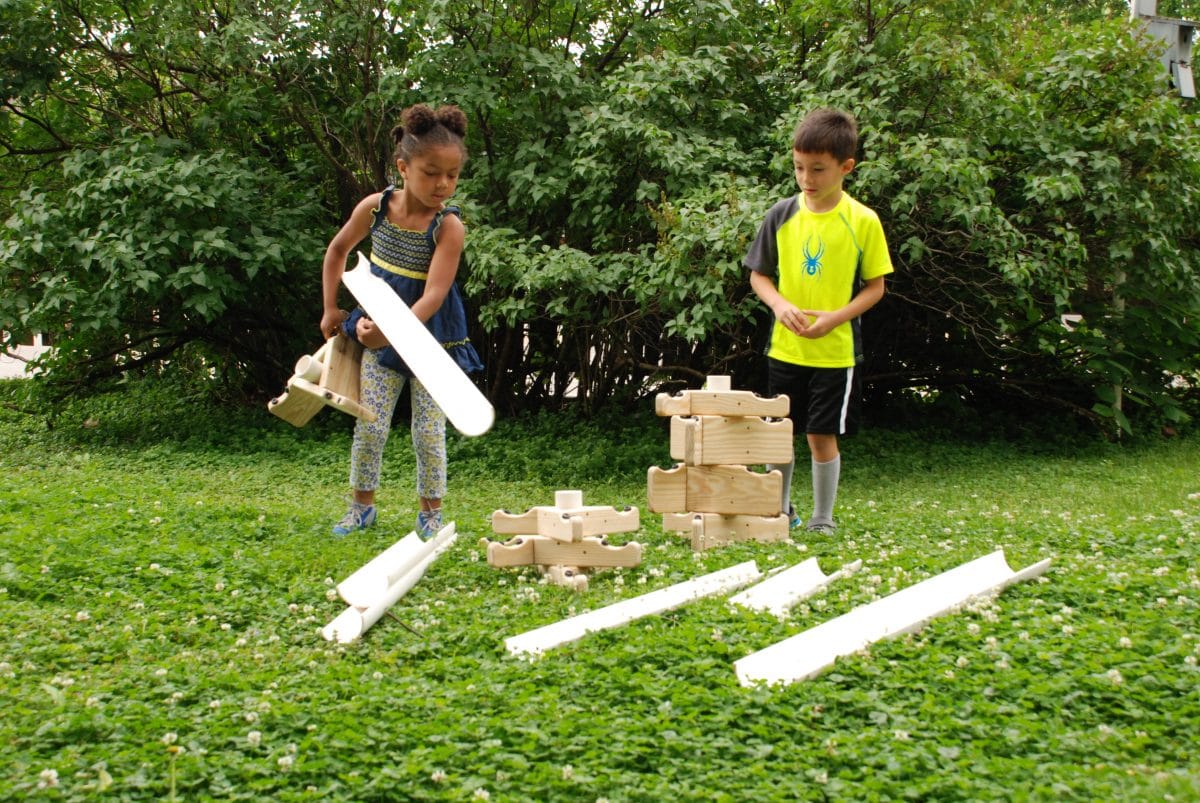 Yet activities in the outdoor classroom have far more variety and depth of involvement that those in a traditional playground. Activities here would be far less likely to squeeze easily into fifteen-minute sessions. And they could be more difficult for the children to leave after such a short time. If your main activity outdoors on most days is pretty much the same as it was yesterday, and will be tomorrow, whatever you were doing can easily be done again. If you have a wide choice of activities; one day, (even one time period), can be very different than another. Maybe your activity involves sustained development, such as building a fort or caring for a garden. In these cases, too brief a time period outdoors will not let you complete your activity. Play on traditional playgrounds rarely involves completion of a project. Fifteen minutes of outdoor time works in this structure. For learning/play in an outdoor classroom, fifteen minutes could compromise the whole-child learning benefits.

What if our kindergarteners and first graders had two daily periods in their outdoor classrooms, each with sufficient time to support real learning benefits? Could two half hour periods (or longer) in the outdoor classroom per day be significantly more beneficial than one? What would be the specific benefits gained? Reduction in indoor fidgeting, and improved concentration were two changes the Texas schools found when they increased outdoor time. Could these changes correlate with increased outdoor time, regardless of whether it’s in a traditional playground or outdoor classroom?

Kudos go out to the Texas schools that took the leap of faith in letting their children outdoors so often each day. As other schools follow this example, I suspect some research will performed on these schools. Our own Nature Explore classrooms have been drawing increasing research in recent years. Although recent research has already documented many benefits to time in Nature Explore classrooms, more can always be done. Perhaps research will someday show that two periods daily confer significantly greater whole-child learning benefits than just one.

Until that day, we can take another lead from the Texas example: taking a leap of faith. Because there is often so much societal and parental pressure for indoor academics (even at the kindergarten level), sometimes increasing time in the outdoor classroom isn’t as easy as simply going outside more often. Maybe getting there takes a Texas-sized leap of faith.

I’m sure that some venues with Nature Explore Classrooms already have more than one daily period outside. If you are with such a program, and would like to share your experiences through an interview, please let me know. You could have insights valuable to our Nature Explore community.